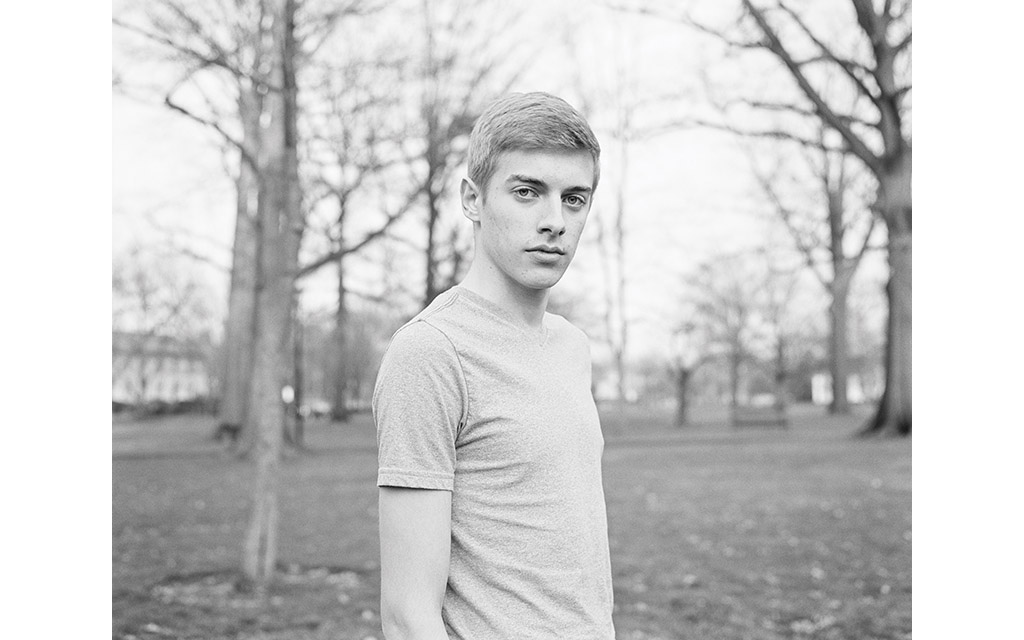 Untitled From the series Vanishing Point

Sebastian Collett grew up in the United States and France, and currently
divides his time between the US and Germany. After undergraduate studies
with Stephen Shore and Larry Fink at Bard College, he received his MFA in
photography from the Hartford Art School. An accomplished pianist, Collett
studied music composition at Oberlin College and Conservatory, the
University of North Carolina School of the Arts, and National Conservatory
of Music in Tours, France.

This photograph is from a series in which Collett explores the play of memory in coming of age and aging. On the occasion of his twentieth high school reunion, Collett returned to his Ohio hometown and photographed subjects who seemed on the cusp of a transition, or, as he has put it, “people . . . on the verge of becoming or vanishing.” These subjects speak to a human quest to integrate past, present, and future, situating the self in time.

Collett’s photographs have been exhibited in solo and group shows in cities including Asheville, Hartford, Philadelphia, New York, and Berlin. He has recently held residencies at the Hambidge Center in Georgia and the Vermont Studio Center.

The response to the competition each year has been exciting and brought many talented photographers’ work to the attention of the Museum’s curatorial staff. With the competition, we have added work of twelve very talented arts both experienced and emerging. Limited edition prints of this photograph are available at a cost of $600 through the Philadelphia Museum of Art’s retail store.