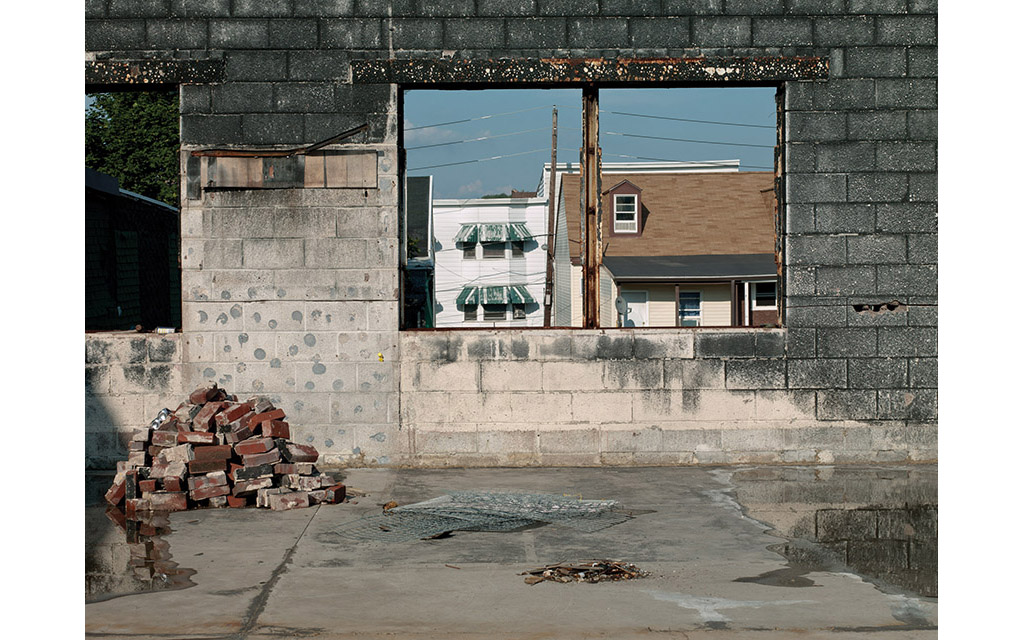 Justin Kimball earned a BFA from the Rhode Island School of Design (RISD) and an MFA in photography at the Yale University School of Art. Since 2001, he has been assistant professor in the Photography Department at Amherst College. He has also taught at RISD, Hampshire College, Sarah Lawrence College, and Boston College. He currently resides in Florence, Massachusetts.

Kimball’s current work grew out of an earlier project in which he accompanied his brother, an auctioneer, into the houses of the uprooted or deceased. The narratives and emotions suggested by abandoned remnants of life inspired Kimball to focus his work on places in decline. In northern New York, Pennsylvania, and Ohio, he found infrastructure and a social landscape affected by the disappearance of industry, residential foreclosures, and political disenfranchisement. With a sophisticated sense of composition and deftly modulated color, Kimball’s photographs ask us to consider both the physical and emotional traumas of the contemporary economic landscape.

Kimball has received numerous prestigious awards, including a Guggenheim Fellowship and an Aaron Siskind Individual Photographer’s Fellowship. His work is in the collection of institutions including the J. Paul Getty Museum in Los Angeles, the Museum of Fine Arts, Boston; the San Francisco Museum of Modern Art; the Museum of Fine Arts, Houston; the Amon Carter Museum of American Art; the Nelson-Atkins Museum of Art in Kansas City; the Art Institute of Chicago; and George Eastman House. Kimball’s photographs have been shown in solo and group exhibitions throughout the United States. His most recent book, Pieces of String, was published by Radius Books in 2012.