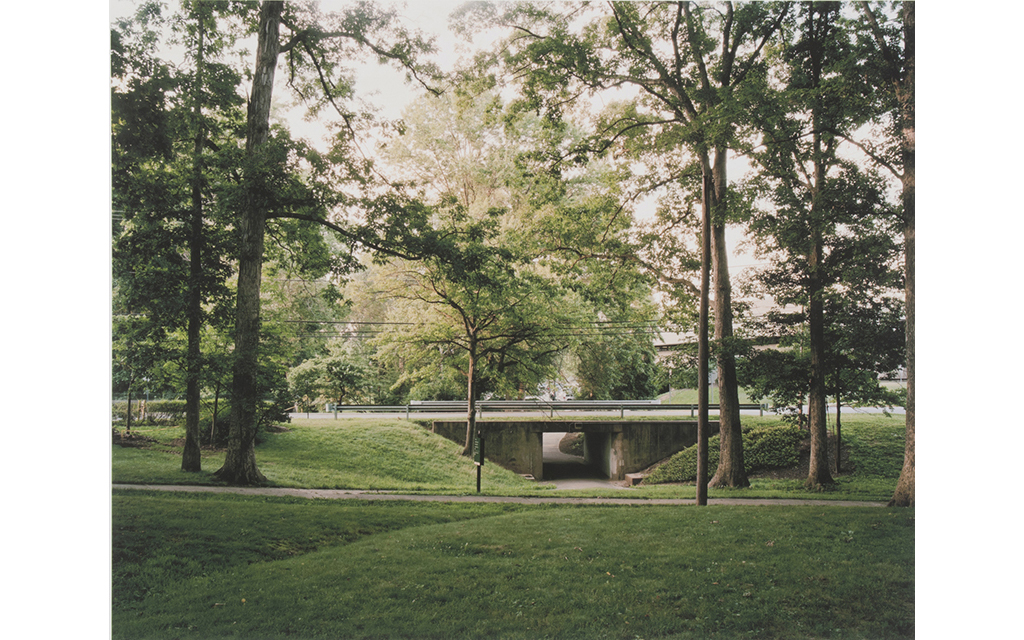 Jason Reblando is a freelance multimedia photographer and video artist based in Chicago. He received his MFA in photography from Columbia College in Chicago and a BA in sociology from Boston College. He has received several grants, awards, and fellowships, primarily for his documentary work. In addition, he has had numerous exhibitions in Chicago, Philadelphia, Houston, and other major cities.

Underpass is from Reblando’s New Deal Utopias series, for which he photographed three Greenbelt planned communities built by the US government in the 1930s as utopian places for people to live and work. He was drawn to these them because they represent a much different attitude toward government and civil life than predominates in the United States today. He says, “I draw inspiration for my work from my curiosity about power structures and urban planning, in order to explore the complex relationship between humans, nature, and the built environment.”