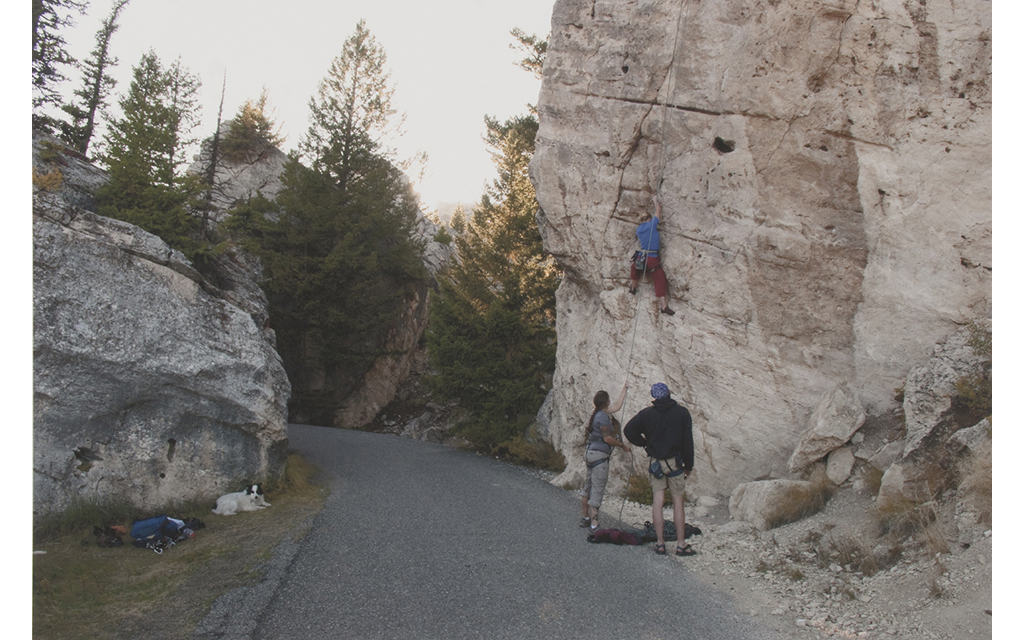 A landscape photographer, Janet Pritchard is keenly interested in history and a sense of place. She is an associate professor at the University of Connecticut, where she teaches a class on the American landscape. Pritchard graduated from the University of New Mexico with an MA/MFA and began her teaching career at Temple University’s Tyler School of Art in Philadelphia and the University of Colorado. She has received several awards and fellowships, specifically at the American Antiquarian Society, where she studied the annual reports of the US Geographical Survey of Territories from the 1870s.

Rock Climbing is from a series called Views from Wonderland, Volume 1. Pritchard is also an outdoor education instructor and has made several trips to photograph Yellowstone National Park, where she experiences the park emotionally through what she calls “the lens of personal memory.” In her pictures of the park, she attempts to preserve history and to link her own experiences there with the images of the past. Pritchard looked closely at the first photographs of the park by William Henry Jackson, paintings by Thomas Moran, and vintage postcards. She developed a method that she describes as “the pursuit of artistic vision through historical empathy.”