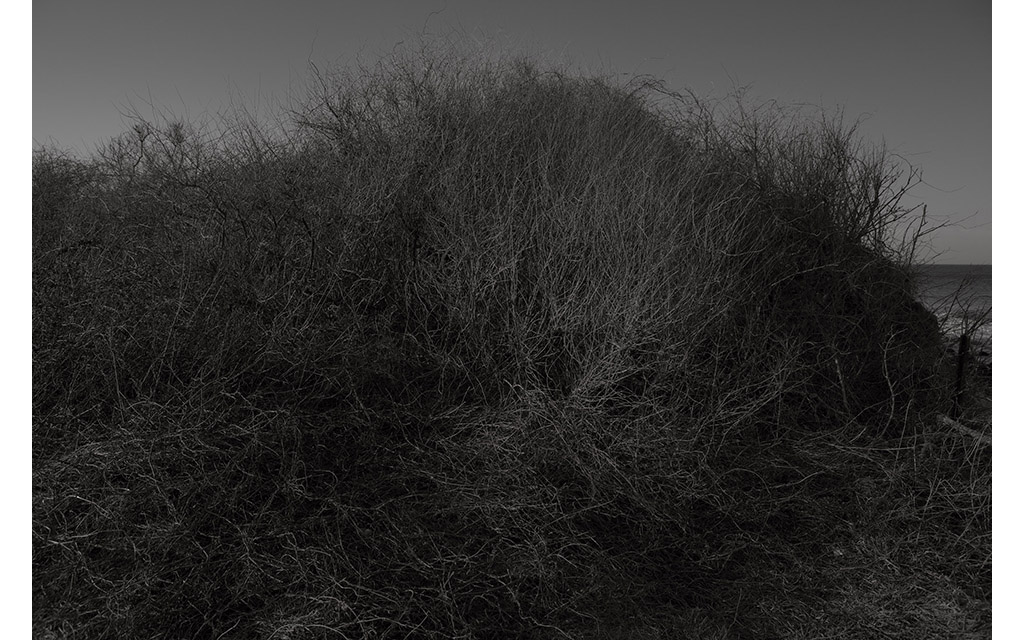 Goseong Choi was born in Sungnam, South Korea, and currently lives and works in New York City. He received an MFA in photography from Pratt Institute and has been an invited speaker at the International Center of Photography in New York.

This image of dense brush and twisted grasses is from Choi’s series Woods the Walls and Wells, in which he explores uncertain sensory experience and the interplay between physical space and the psychological realm. Choi’s own experience of being lost on a mountain trail informs his approach to picturing nature as a kind of labyrinth, a visual metaphor for an inner sense of illogic, confusion, and doubt.

Choi has received numerous awards and his work has been included in exhibitions in the United States, Czech Republic, South Korea, Malaysia, France, and Guatemala. In 2012, he was an artist in residence at the Toji Foundation of Culture in Wonjoo, South Korea.