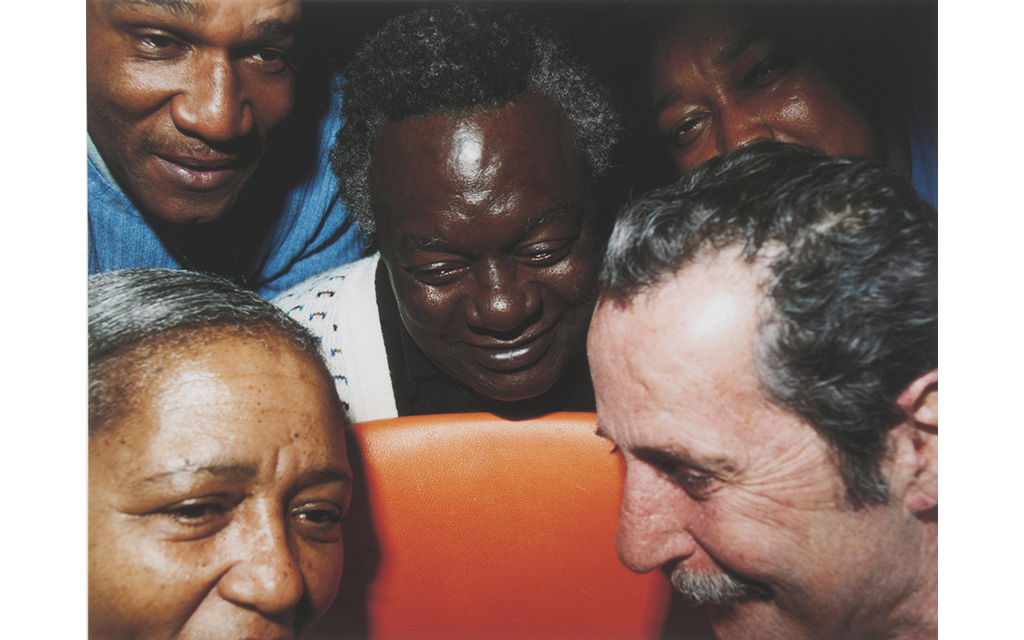 Elaine Stocki grew up in Winnipeg, Manitoba, and received her BA in fine arts and science from the University of Manitoba. She proceeded on to Yale University, graduating with an MA in photography. In 2011, Stocki was awarded Canada’s prestigious Grange Prize. She has exhibited at numerous galleries in Canada and the United States as well as in Berlin, Germany.

William was taken in New Haven, where Stocki formed a two-year friendship with a homeless man, who is one of the figures in this complex composition. Like many of the artist’s other photographs, this close study of cropped faces evokes many ideas about race and class in North America. Yet, Stocki wants her depictions of these subjects to be viewed differently than traditional documentaries about social culture. By positioning her subjects in a “farcical situation,” a type of happening or performance, she hopes to achieve this. “I like working with groups of people–groups of bodies–because there is an unexpected element to it.”