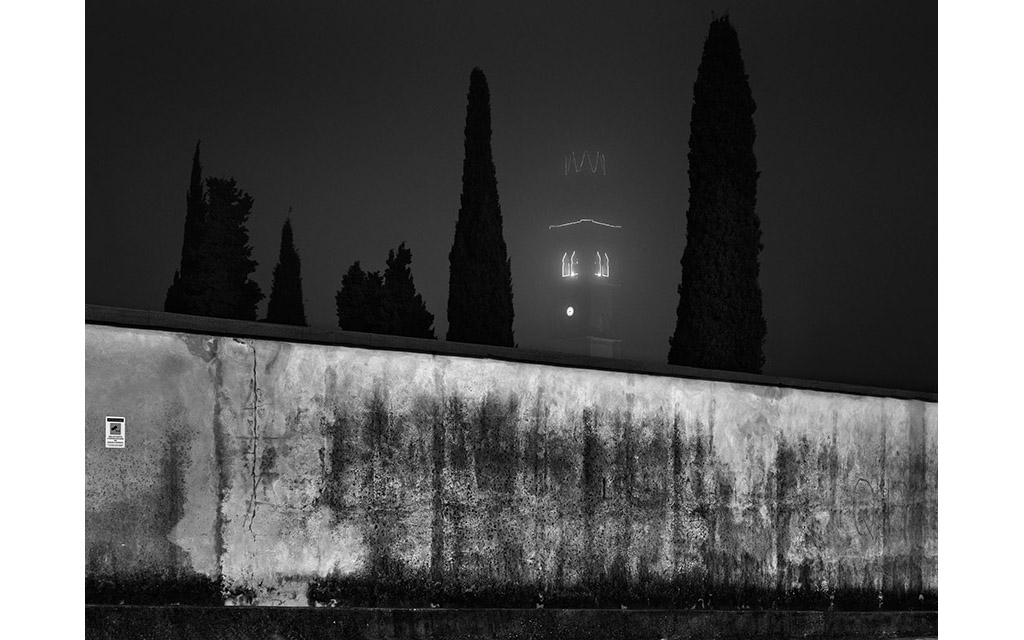 Andrea Alessio was born in Venice and studied there at Ca’ Foscari University. Before focusing his attention on photography, Alessio studied literature and cinema. He currently lives and works in Northern Italy.

In the series Before You, Santa Claus, Life Was Like a Moonless Night, Alessio takes the viewer on his nocturnal wanderings around his hometown. We find ourselves on deserted streets and at the peripheries of settlement, eerily lit by Christmas decorations, streetlamps, or the ambient glow of distant buildings. In Alessio’s pictures, lonely, dark nights are invested with a cinematic sense of enchantment. A selection of images from this series recently appeared as a book by the same title, published by Nazraeli Press.

Alessio’s work has been exhibited at museums in Bergamo and Milan, and has been included in group shows at galleries in New York, San Francisco, and several European cities.